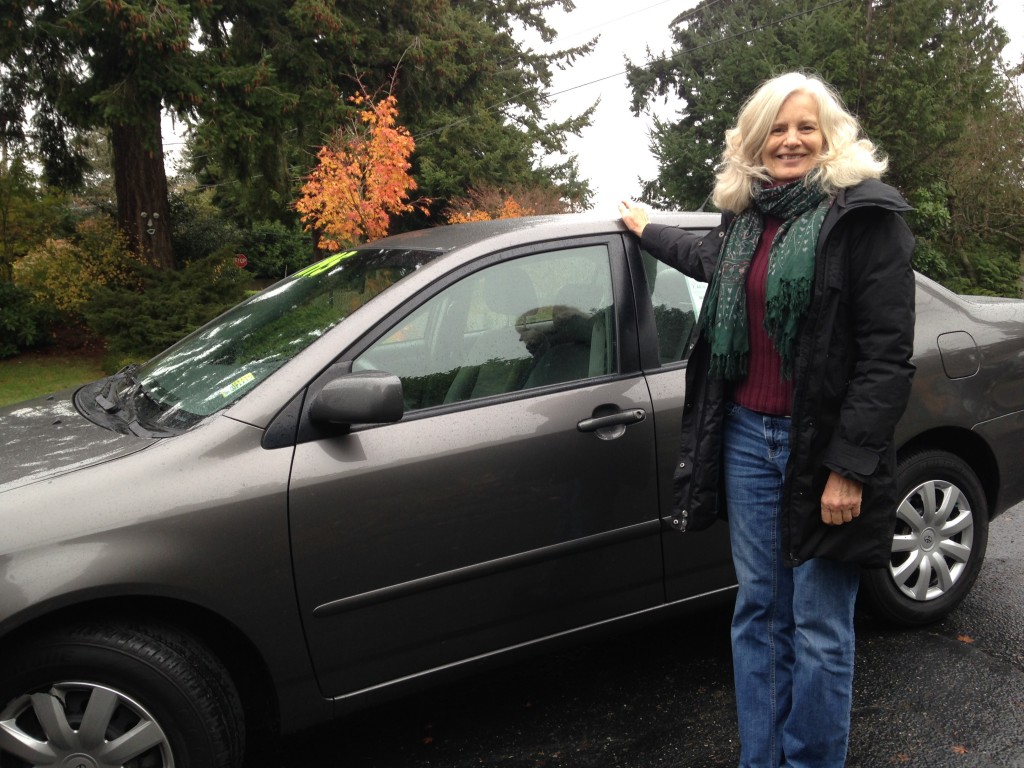 Let me tell you up front, I am not a car person. I just like my car to be safe, get good gas mileage, have a way to play some music, and for it to get me where I want to go. So, several months ago when I replaced my old car with a 2008 Toyota Corolla, the first automatic car I ever owned, it was such a surprise to me as to how much I loved it!

I named her Grace. I love that name and all it reflects. More on that later . . .

My old car really was pretty old. I reluctantly sold my 1994 Toyota Corolla after driving it for 22 years and over 280,000 miles. It had a manual transmission and the stick shift was a part of my driving life.

I have been driving a stick shift since I learned to drive in 1965. Of course I’ve driven plenty of rental cars that were automatic, but I had only purchased cars with a manual transmission. It’s what I knew.

About a week after I had been driving my new car, I pulled up to a stop sign. After simply moving my right foot from the gas to the brake, I began to cry. That moment, I suddenly saw this whole shift from manual to automatic as a glaring symbol of my life up until that point. I worked somewhat hard while I was driving and realized that I had been working really hard for most of my life. I just thought that’s how life was. I was often “doing it myself” and taking all kinds of energy to shift from this gear to that gear. Now I know, it just doesn’t have to be that hard! (Life OR driving a car!)

So, I’m slowly learning that life can be a little more automatic. I can keep my eyes on the windshield of life and continue to move forward safely and mindfully. And maybe I just don’t need to fuss so much with so many gears in between. And maybe I can enjoy the time in between by just being, or observing, or by listening more.

Speaking of listening, I love playing music when I drive. Before signing the papers to purchase this car, I of course checked out the sound system. (You may want to know I also had my mechanic check out the other important parts of this car!) I grabbed a CD from my old car–a mix of my favorite spiritual tunes. I was pleased with the speakers and how great it sounded. I then turned off the music to go into the car dealer’s office and completed the purchase.

I mentioned that I named my car Grace. The first time I put my hands on the wheel and started my car after I officially owned it, you’ll never believe what music sweetly emerged from the CD. The lyrics were, and I’m not kidding, “You are held in the hands of grace.”* Okay God, I am listening!

I really like this shift from manual to automatic.

Are there things in your life that you might be able to switch to automatic to make things a bit easier? I’d love to hear about them. Please leave a comment here or come on over to my SusanTateCommunity Facebook page and share your thoughts.

* From the song Hands of Grace by Jack Fowler

2 thoughts on “Shifting from Manual to Automatic”